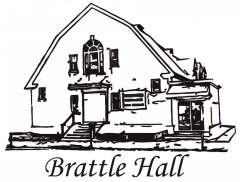 Lee Falk had a passion for the theatre, and he wrote several plays including two musicals. During his lifetime he ran five theaters, produced about 300 plays and directed about 100 of them.

These summer theatres were resident equity company, supplemented by guest stars from theatre and film (and later television). The season started late in May and each play normally ran for one week. The actors received a "normal" payment to perform but the guest stars often had in their contracts a percentage of profit of the play. A common contract could be 10% of the gross with $750 per week guarantee. Since most of the plays made very little profit most of the guest stars worked for a fraction of what they would normally earn.

According to Phil Davis Louise Falk, acted in one of the summer stock companies at Connecticut in 1939. I assume that Lee Falk met John Huntington during the season. Anyhow, after reading Lee's play "Festival at Salzburg", John Huntington urged Lee Falk to join in producing summer stock at Brattle Hall (location: 40 Brattle Street, Harvard Square, Cambridge, Massachusetts / see: https://en.wikipedia.org/wiki/Brattle_Hall and https://commons.wikimedia.org/wiki/Category:Brattle_Hall ) in the 1940 season.

Miriam Battista, John Huntington and Lee Falk as managing trio, for an 8-week season at Brattle Hall. Among the stars reported engaged in June were Walter Slezak, Sheila Barrett and James Rennie, and the plays to be presented will include "The Good Fairy", "Biography", "Corespondent Unknown", "The Spider" and perhaps a new play by Mr. Falk.

Co-sponsored by John Huntington and Lee Falk, and with Louise (acting name: Louise Kanasireff) as an actress in the resident company. The production staff included Wylie Adams as stage director, Frederic Lynwood as stage manager and Nina Wentworth as production manager.

The 1942 season was announced to last 18 weeks and as co-sponsored by John Huntington and Lee Falk. Due to Lee Falk's WWII obligations this was changed to the co-sponsorship of Louise Falk and John Huntington. The same policy as last year with well-known guest stars from Broadway, Hollywood and the radio, supported by a resident company of professional players. The attractions changed weekly, with Wedensday and Saturday as matinee days. Robert E. Perry both acted and directed this season. Early May the season was announced: Within the first weeks will appear such stars as Conrad Nagle, Fay Wray, Ann Corio, Glenda Farrell and Jinx Falkenburg. Later in the summer there will appear Madeleine Carroll, John Boles, Edna Mae Oliver, Mischa Auer, John Carradine, Ruth Chatterton, Billie Burke and Edward Everett Horton.

Presented by Louise Falk and John Huntington, with Louise Falk (acting name:Louise Kanasireff / Louise Valery) as an actress in the resident company. Robert E. Perry both acted and directed this season. The Cambridge Summer Theatre and Providence Playhouse (operated by Charles Howard & Wendell Corey) joined hands this season, and the various productions were put up one week at the Cambridge Summer Theatre and one week at the Providence Playhouse.

Presented by Lee Falk and John Huntington. Director for the summer stock theatre was Neil McFoe Skinner, who "managed" in 1940.

Returning in 1946 Lee Falk and John Huntington found that they could manage to operate one more summer theatre, if they could produce a play a week at the new Boston Summer Theatre and then move it to Cambridge the next week. One more thing was that television was beginning to compete with theatre and movies. One way to attract audiences was to bring in complete travelling shows from New York. These shows could easily be booked to play two theatres in two weeks.

The season of 1947 at the Cambridge Summer Theatre was the last on involving John Huntington and Lee Falk.

The "Boston Summer Theatre" was located at the "New England Mutual Hall" auditorium, a part of the vast "New England Mutual Insurance Building" (constructed in 1941) connecting Boylston and Newbury streets. It was used for helding company or social events and mainly for films and theatre performances between the 1940’s and the 1960’s. The entrance was then situed on 225 Clarendon Street, a few steps away from Boylston Street. During the 1960’s, the place was recalled "New England Life Hall" with an entrance at 501 Boylston Street. (see : http://cinematreasures.org/theaters/58272 )

Lee Falk had divorced in 1945 and when he returned in 1946 he fell in love with an actress of the summer stock, Constance J M Lilienthal. They were married in August 1946.

When returning in 1946 Lee started seriously directing and during this and the next seasons he directed a play every week. However, after the 1947 season he found that he could not operate his new summer theatre all by himself and the cartoonist Al Capp became his new silent partner in 1948.

The Boston Summer Theatre was doing well for many years until 1957 when Lee Falk started to lose money. Al Capp had dropped out in 1956 and John Huntington came back for the 1958 season. But sadly, they still lost money and Lee Falk decided to throw in the towel.

Presented by Lee Falk in association with Al Capp.

at Framingham Cinema (about 2500 seats)

Framingham Cinema [1] was part of "Shopper’s World Mall", the world’s biggest shopping Centre located at Worcester Road, Route 9, Framingham, Massachusetts. It opened on October 4, 1951. The large Jordan Marsh dome on the southern end (see second picture below) was the sole anchor store for the mall in the earliest days. The dome was visible from the air and was used on aeronautical charts as a visual reporting point for aircraft approaching Boston's Logan Airport. At the time, It was reputed to be the third largest (in diameter) unsupported dome in the world after St. Peter's Basilica in Rome and St. Paul's Cathedral in London.

The original design of the Shoppers' World included a multipurpose theater, originally called “The Cinema” sited at one end of the mall. The house contained a large orchestra seating section, a balcony, and a full stage with a fly area for curtain, scenery, and lighting grid. ( Source Wikipedia article : [2] )

Lee Falk and Al Capp rented the Cinema during the summers of the years 1952–1954 to put up "the second week" of the plays from the Boston Summer theatre. The Framingham Cinema cancelled the last year of their contract and the County Playhouse operated only for the seasons of 1952 and 1953. Marlon Brando, Billy Burke and Ezio Pinza were some of the guest stars playing at the playhouse.

Views of the Framingham shopping mall and cinema

at British Colonial Hotel (about 280 seats)

Described as a theatre in a H, with the crossbar of the H as the stage and the audience on both sides. It was a tiny stage, curtainless and without scenery.

In 1951 Martin Manulis co-prodused a eight-week stock season with Philip Langner opening on January 29, with 5 performances per week in the Bahamas Playhouse on the grounds of the British Colonial Hotel, one night a week at the Capitol theatre on Bay street.

Lee and his wife Connie used to spend parts of the winters in Nassau, Bahamas. Lawrence Langner, Martin Manulis and Charles Bowden had been operated the theatre for two years without any financial success. In 1952 they asked Lee Falk if he would like to manage the theatre and he accepted.

Before its eight-week season under the direction of Lee Falk, the British Colonial Playhouse had undergone extensive renovations. The fourth winter season was under Lee Falk's direction and with Ralph Lycett as public relations manager. The plays were given Mondays through Fridays, mostly for seasonal subscribers, and then move to Capitol Theatre on Saturday nights for a pop-priced showing to the general public.

For this season Lee Falk mentioned one play on Elizabeth the First: "either Elizabeth and Essex or Young Elizabeth" and a few actors: " Sir Cedric Hardwicke, Maria Riva, Farley Granger and Wayne Morris". In January he said either "Gigi" or "Bill of Divorcement" with Phyllis Kirk was lined up for February 22, followed by "Affair of State" with Louise Albritton. The three remaining plays were still to be announced.

Late 1954 the producer Frank Falk was plotting a new season and Shirley Boot said she in March 1955 was to play in "The Vinegar Tree" by Paul Osborn.

If the theatre still was operated by Lee Falk after the 1956 season is uncertain. 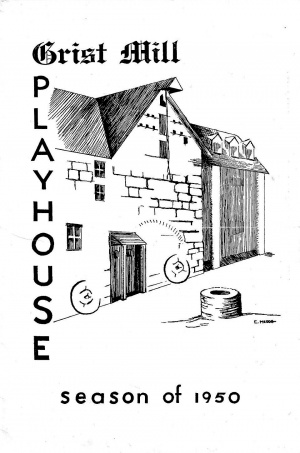 Lee Falk was the producer on "On The Town" by Betty Comden and Adolph Green with music by Leonard Bernstein at The Grist Mill Playhouse (Andover N.J.) week of July 17, 1950.

Lee Falk was the director and co-producer for the play "Winkelberg" by Ben Hecht at Renata Theater (NY) in 1958. It opened January 14 1958 and run for 58 preformances.