From 1957 to 1968 several regional Quebec newspapers had use one common comic section entitled Hebdo-Revue, a formula adopted by the national newspaper in January 27, 1968 to replace his own and former comics section. As far as "Mandrake the Magician" is concerned, and before the cited adoption by "La Presse", it was published only by "Hebdo-Revue" from January 6, 1968. 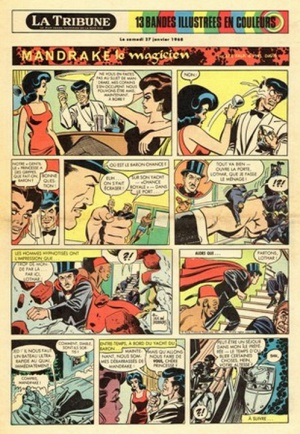